Utilizing repurposed shipping containers, this unique outdoor venue is unlike any other place you’ll find in SLO County.  Located on the corner of 13th & Railroad Street in downtown Paso Robles, The Backyard is short walking distance from the city park, vacation rentals, hotels, restaurants, tasting rooms, breweries and many other local businesses making it a popular destination for both locals and visitors.

Our goal was to create a family and dog-friendly gathering space where families, friends, neighbors, and visitors alike could commune in a casual outdoor setting.

Enjoy local craft beverages, great food, and music in an open-air venue that capitalizes on the Central Coast’s amazing weather.  We proudly showcase local craft breweries, as well as harder-to-find ales from around the country.  There’s something for everyone! 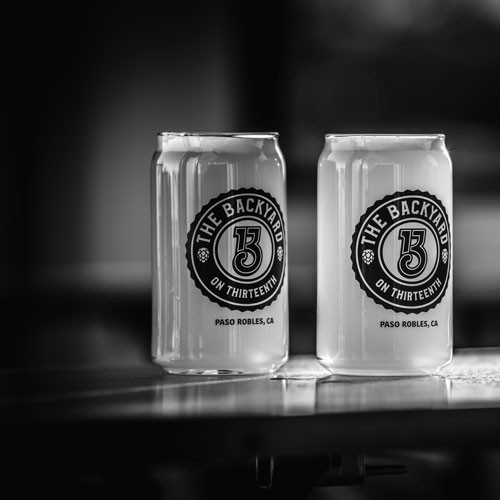 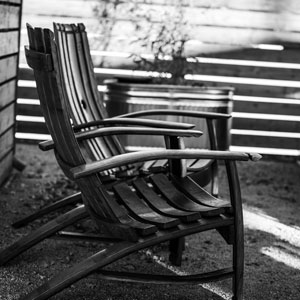 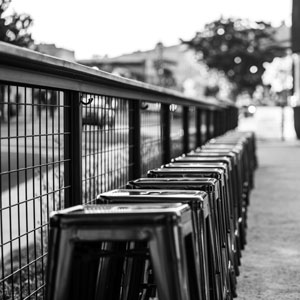 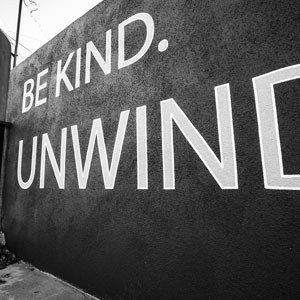 The beer garden is located adjacent to the railroad tracks on a 100+ year-old piece of property that once housed a blacksmith’s shop and a wagon repair shop. The original deed was held by Drury James, one of the founders of Paso Robles and uncle to infamous outlaws Frank and Jesse James.

For the past half-century the property sat mostly vacant, except for the funky little building in the southwest corner that was originally designed to resemble a hot dog bun.  Chubby Chandler’s Pizza took over in 1987 and was a hometown favorite for more than 30 years.

The property was purchased in June 2017 and construction of the beer garden began in April 2019.  The “hot dog building” was preserved, much to the delight of many locals, and now serves as home to Roots on Railroad.  Three shipping containers were added to create the bar, restrooms and indoor seating space for the beer garden.  After more than two and a half years in development, The Backyard on Thirteenth officially opened its doors to the public on Valentine’s Day 2020. 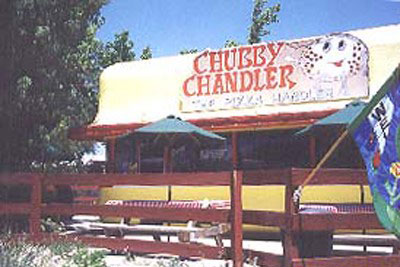 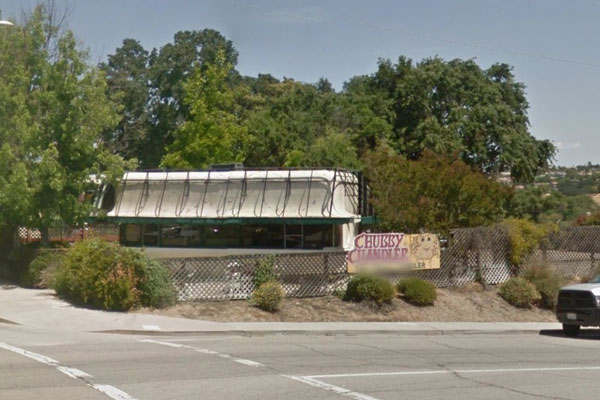 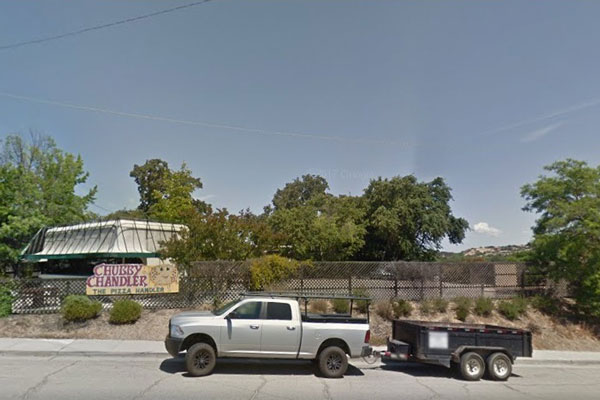 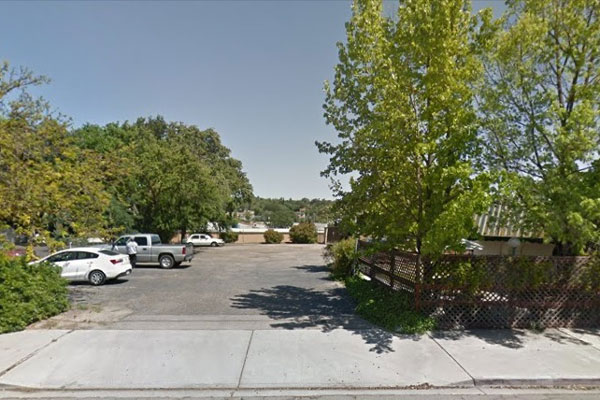 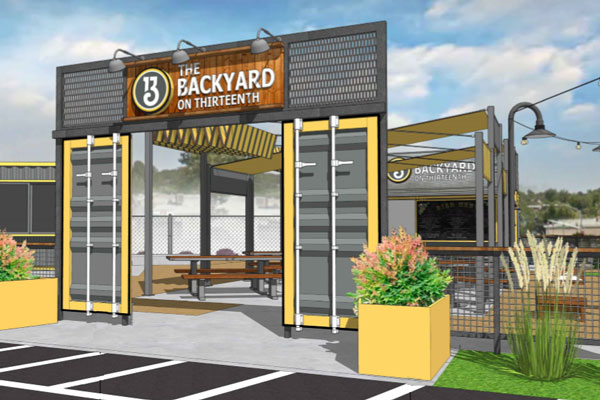 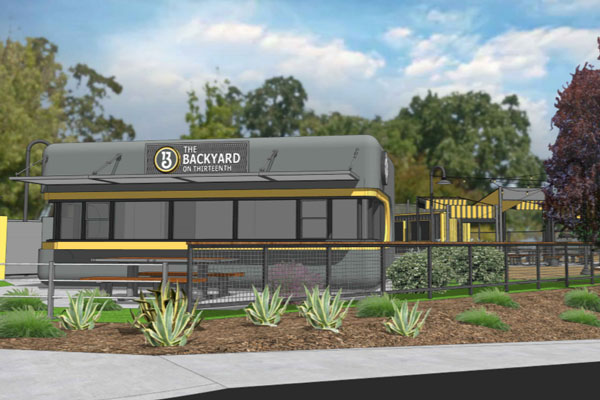 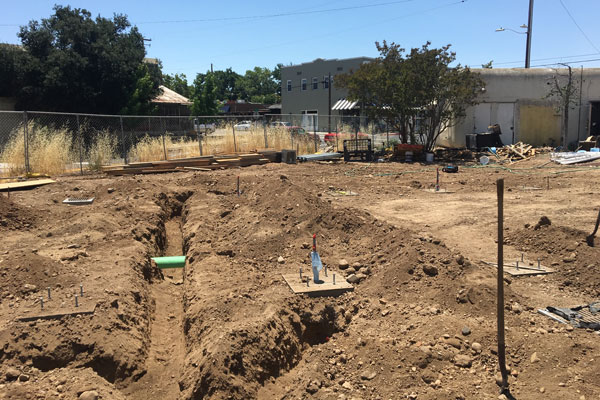 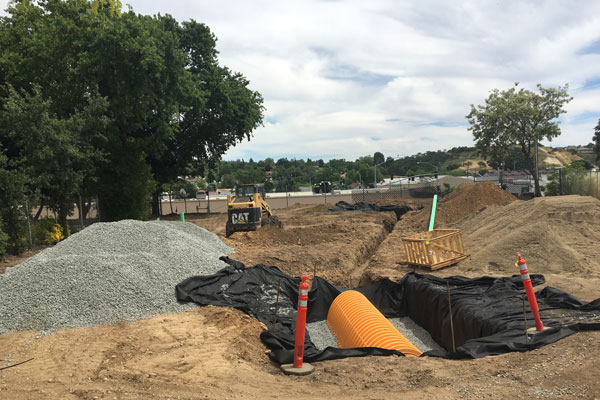 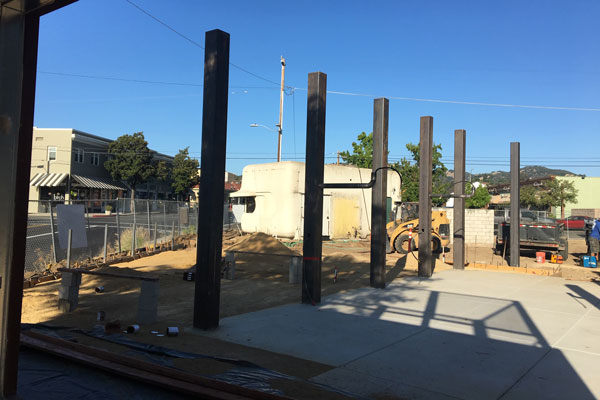 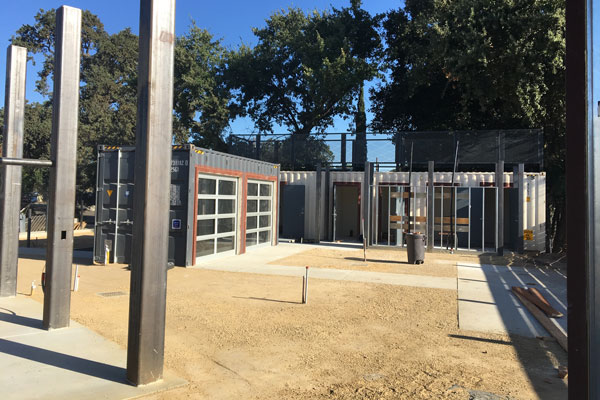 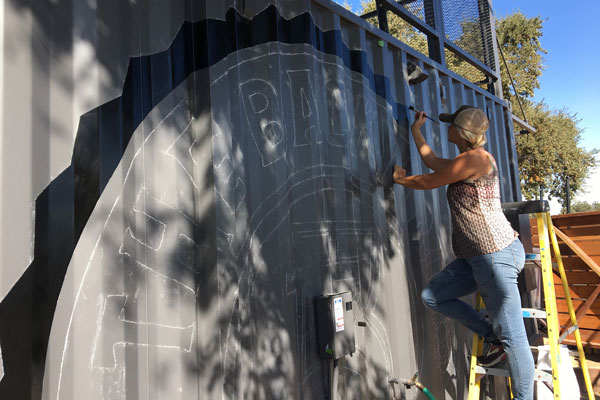 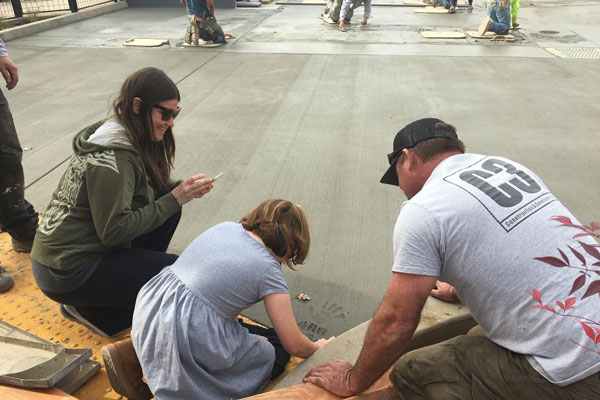 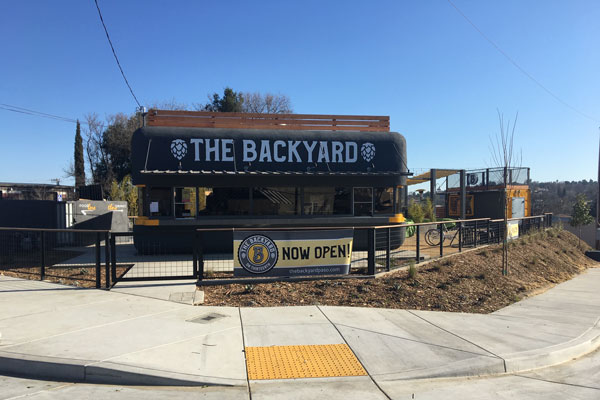 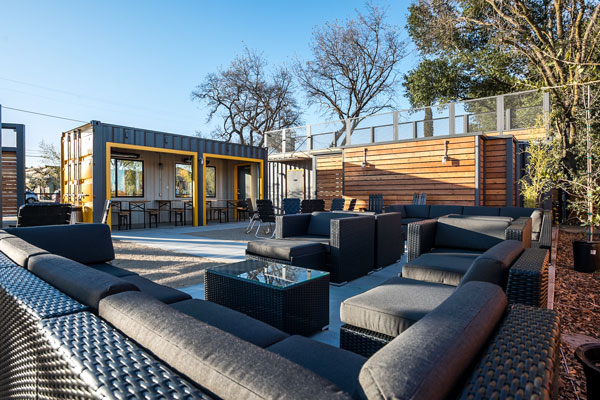 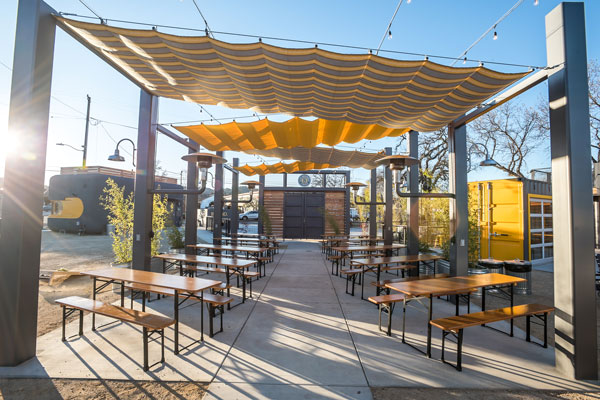 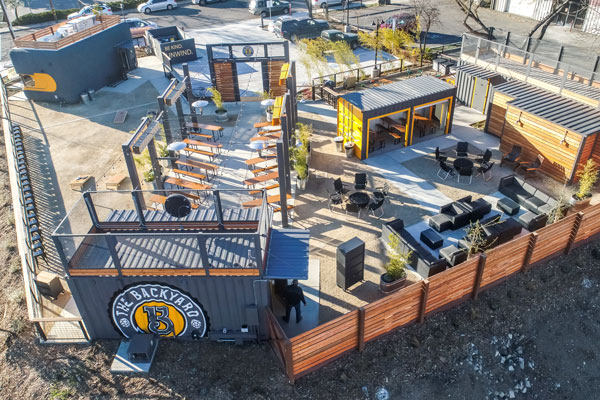 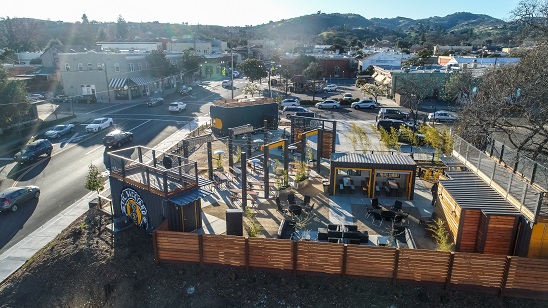 Welcome to our backyard

We are a local couple who grew up in the north county.  Some of our fondest childhood memories were created in the backyard doing things like listening to the radio, enjoying family picnics, playing outdoor games, and gazing at the stars.  Now as parents, these remain some of the most treasured times with our own daughter.  We wanted to bring that sense of nostalgia and familiarity to a place for the community to enjoy.  Be kind.  Unwind.

find us in the heart of
paso wine country